Science fiction movies take viewers away to a world of intriguing concepts such as time travel and space. These films have led some to create fan fiction in these unique universes. Like every genre, there have been some bad apples. These 10 science fiction films are living proof of it.

Following the 1989 Aliens vs Predator comic book, plans for a live-action crossover were in the works. In Predator 2, they teased a potential meetup by including an Alien skull in the Predator ship. Upon its release in 2004, Alien vs Predator was criticized for its script and lightning. Critics weren’t allowed to screen the movie in advance, which meant the studio knew it had problems. Despite the criticism, the film earned $172.5 million, which was enough to justify a sequel in 2007. 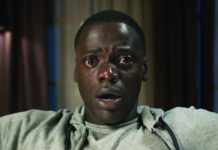