Trouble sleeping is a common condition that plagues both the young and the old alike. Most people will initially try home remedies such as warm milk, light reading, music, counting sheep, etc. and for many, these are successful in helping them drift off. Still, others are plagues by staring for hours on end into the dark abyss of insomnia, and often give in to the world of over the counter sleep aids, or at times, a stronger prescription drug. Many of these come with the side effect of a groggy morning, despite getting the desired sleep result. But there are other options, and sometimes it may be as simple as supplementing what your body already produces.

Melatonin is a hormone that your body produces. Your pineal gland automatically releases this on an internal “clock” – during the day, the gland is inactive and does not release melatonin. This can also be halted when you are in direct sunlight or bright light, regardless of the time or the schedule that you need to function in.

It is likely you have seen melatonin on the shelves in the pharmacy, health stores, or even your local grocery. But why buy melatonin if the latter – yes, it is safe to ingest more than naturally produced by your body. You can buy melatonin in different dosages, generally anywhere from 1 to 10 milligrams. Synthetic melatonin is not considered a drug, nor is it regulated by the FDA, but it has not been shown to have any toxic risks. While many people tout the use of melatonin at bedtime to help them in falling asleep quickly, in many studies it has been shown to have no effect at all. As a melatonin taker myself, I can say I seem to doze easier and quicker after a 3-5 milligram pill.

So, what happens if it does not work? Does that mean it is time to give in and call the doc up? There is another option, that while not as widely talked about as melatonin in the realm of sleep aids, it can be just as, if not more so, effective for falling asleep.

Magnesium has proven to help a number of conditions from lowering blood pressure to fighting inflammation, and more recently and less commonly known, helping promote sleep in those who struggle to get there. Magnesium has been shown to help stimulate the parasympathetic nervous system which is what helps calm and lure you into a state of sweet relaxation. While it also helps regulate the release of the above mentioned counterpart, melatonin, magnesium supplements, increase the body’s ability to quiet not only your nervous system, but also your mind and body, in an effort to bring on a good night’s rest.

While neither of these can guarantee you nodding off to dreamland, giving one or both of them a try, may be just the thing you are looking for.

How and Where to Score the Best Inexpensive Life Insurance 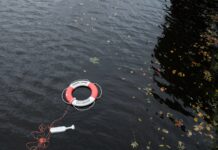 Which Type of Life Insurance is Best for You?